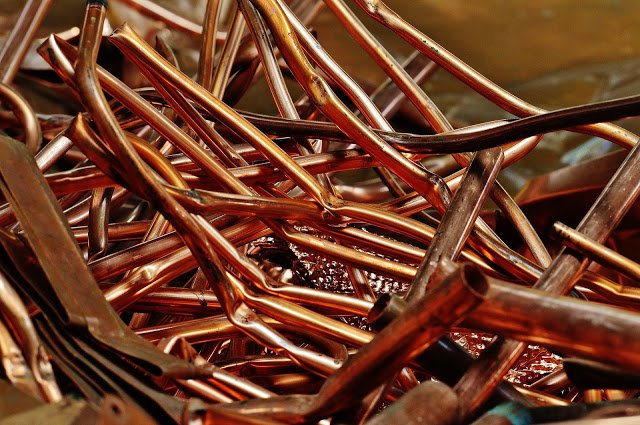 Copper, Gold and all the other metals were created billions of years ago in the stars and became part of the materials than coalesced to form the Earth. Over time volcanoes and tectonic movement brought these valuable metals closer to the surface in the crust, where we mine them today. Today our demand for many metals is increasing we’re running out of easy-to-access sources and are turning to ever lower, poorer quality sources and finding new ways to mine the waste of the past.

Mining: Whats the problem?
To get metals out, you normally have to dig. Then, to separate the metals from ore – the rocks or soils containing it – you have to crush and grind, and then apply hundreds of degrees of heat and then bathe them in toxic chemicals. This uses lots of energy – creating CO2 and releases toxic by-products such as arsenic in the process. Traditional mining and processing methods also use between 3-5% of energy produced globally, which account for a lot of emissions .

Because these traditional mining methods are energy-intensive and expensive they can only be used profitably on sites where there is enough metal in the rock. As we’ve been using copper and gold for centuries sites with high-concentration ores have become rare. Once upon a time deposits were found with as much 30% copper in the ore, now most mines have only 1-2% . Even these profitable mines have to through away most of the rock as its below the concentration that’s profitable to process – loosing large quantities of the precious metals. If only there was cheaper way to turn this waste into shiny metal – well there already is and they didn’t have to look far. It turns out the solution was in the waste the whole time.

The poisonous, toxic and barren condition which exist in mine waste may not be our idea of a good place to live, but are a utopian environment of unlimited food and perfect conditions for some microbes. These microbes not only survive but thrive in the acidic or alkali slurries gaining energy from reacting and removing valuable metals from the rocks . Some of these microbe miners – e.g. Acidothiobacillus ferrooxidans bacteria – have been found in copper mine waste precipitating the copper out of the rock. Bacterial copper ‘leavings’ were first found in the original Rio Tinto mine in Spain in 1752, but no-one thought they were caused by life until 1947 when they were discovered.

These bacteria take the copper ore inside their bodies, break it free from the other molecules, and then squirt out the waste and the copper when they’re done absorbing the energy from this chemical process. Thiobacillus bacteria get energy by separating sulphur from copper, zinc, lead and uranium. Other bacteria have been found that do similar processes with all other kinds of metals .

Biomining Benefits
These miracle microbial miners only need oxygen and CO2 to do this, using the mineral as a source of energy and precipitating it out when they’re done. Naturally they will get all the copper out of rocks over hundreds of years, but that’s not much good to us now. So scientists are pouring acid over the mine waste to break up the rock and then using the bacteria to free the copper in liquid form, which later can be converted into the shiny solid metal we crave for electronics, industry, wires, plumbing and coins. These bacteria could improve the total recovery rate of a pit mine from 60% to 90% – getting more copper, with less energy and resources .

Biomining also could be cheaper and greener than traditional mining, using less water and emitting less CO2 than conventional crushing, heating and chemical processes. Biomining works at much lower temperatures and pressures than normal techniques reducing the electricity bill and resources used to get the metal out of the rock. The only problem is it takes years instead of a year . However, unlike chemical methods, these bacteria are naturally occurring at mine sites anyway and aren’t harmful to humans. Biomining is already being used in South Africa, Brazil and Australia . In Western Australia a massive bacterial plant is being built in Wiluna, which hopes to process 400,000 tonnes of gold sulphide into gold a year, using bacteria instead of toxic chemicals.

10 to 15% of copper and 5% of gold worldwide is currently being harvested through biomining. The phone/device you are reading this on likely contains some copper that a microbe mined out for you!

In the future instead of digging massive scarring pits into the landscape or risking men’s lives in dangerous tunnels, metals may come from small holes in the ground where a solution is pumped down full of microbes and then collected once all the metal is liberated from the rock. Though for now the focus is on getting every last bit of metal from the waste we’ve already got.

Good things come in small packages: miraculous microbes and where to find them

A World Ocean Generation? Beyond Sustainability for a Day