In less than century since its creation, plastic in its myriad forms can be found in every marine environment: from lost or discarded fishing nets – called ghosts nets – threatening to entangle wildlife in the depths of the ocean; to micro-plastics which are so small they mimic sand grains on the beach.

Here are the facts: of the staggering 6,300 million tonnes of plastic waste was generated between 1950-2015, 9% has been recycled, 12% incinerated and a whopping 79% has been disposed in the natural environment – and despite increasing awareness, by 2050, this amount is only projected to increase.

In Cornwall, and the wider UK, over 70% of the plastic found on our shores comes from lost or discarded fishing nets  –  so called ‘ghost nets’. These nets persist for hundreds of years, still lethally effective at killing marine life, until they finally breakdown into insidious micro-plastics that infiltrate the food chain. 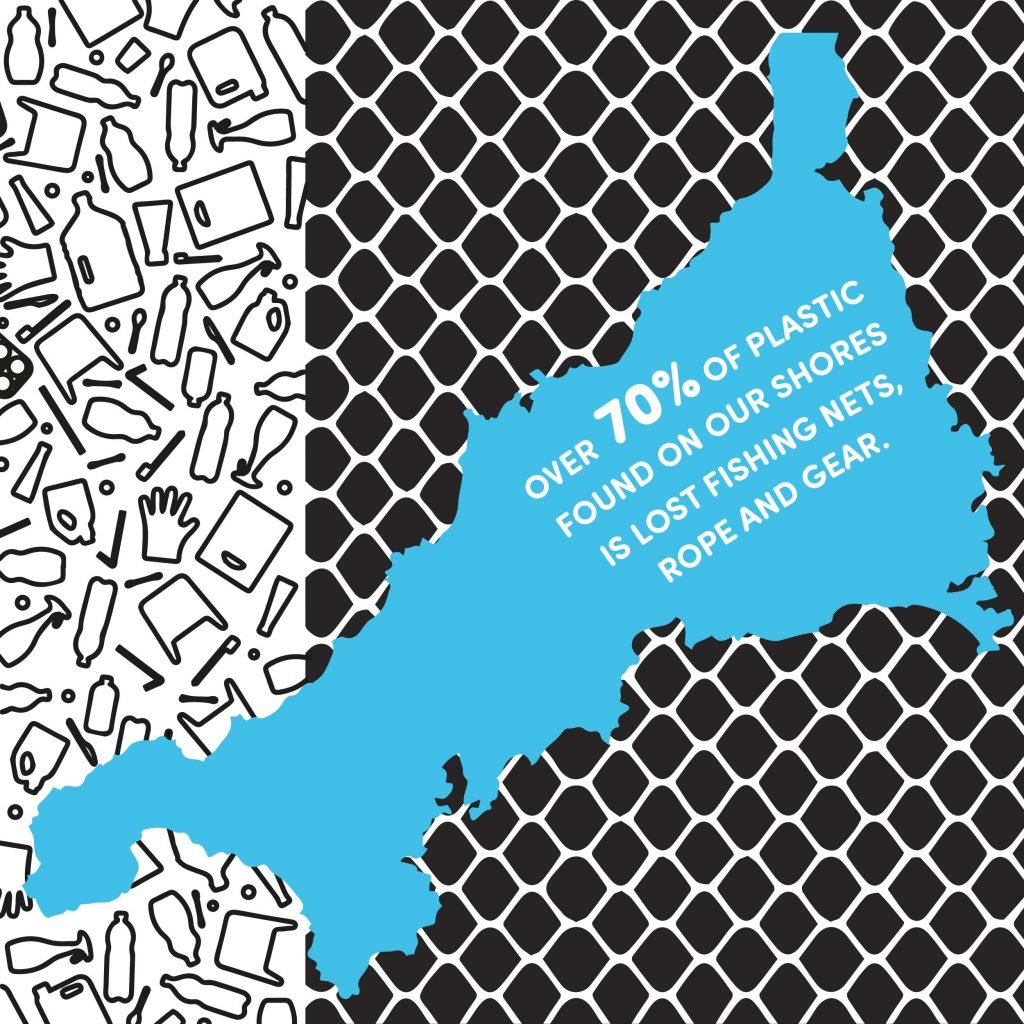 We at Behaviour Change Cornwall research and put into practice ways to change our collective relationship with the underwater world, trying in a small way to change our society from consuming into change-making.

Our first aim is to ensure less plastic enters the sea in the first place – through one of our behaviour changing campaigns. These vary from our collaborative research project using insights gained from behavioural science to reduce plastic entering the ocean; to teaming up with creatives, environmentalists and businesses to create new behaviour-changing articles, initiatives and actions

Our second objective is to undo the harm already done – and to this end we have developed our range of Ocean-Positive products. Each one of our creations is hand made here in Cornwall and your support in purchasing one drives our efforts to convert marine plastic that we have recovered from isolated coves and under the waves into cherished items people will never discard – ending its haunting of the ocean and exorcising Cornwall’s wild coast of  the danger ghost nets pose to wildlife.

Our final objective involves not only prioritising positive environmental change – but supporting the people who are undertaking that change – ensuring that the funds we earn goes to those who recover, recycle and research marine plastics as part of Behaviour Change Cornwall. This allows our ghost net recovery teams, recyclers and our creators to keep doing what they and the world needs them to do: create change.

have an idea for a
collaboration?