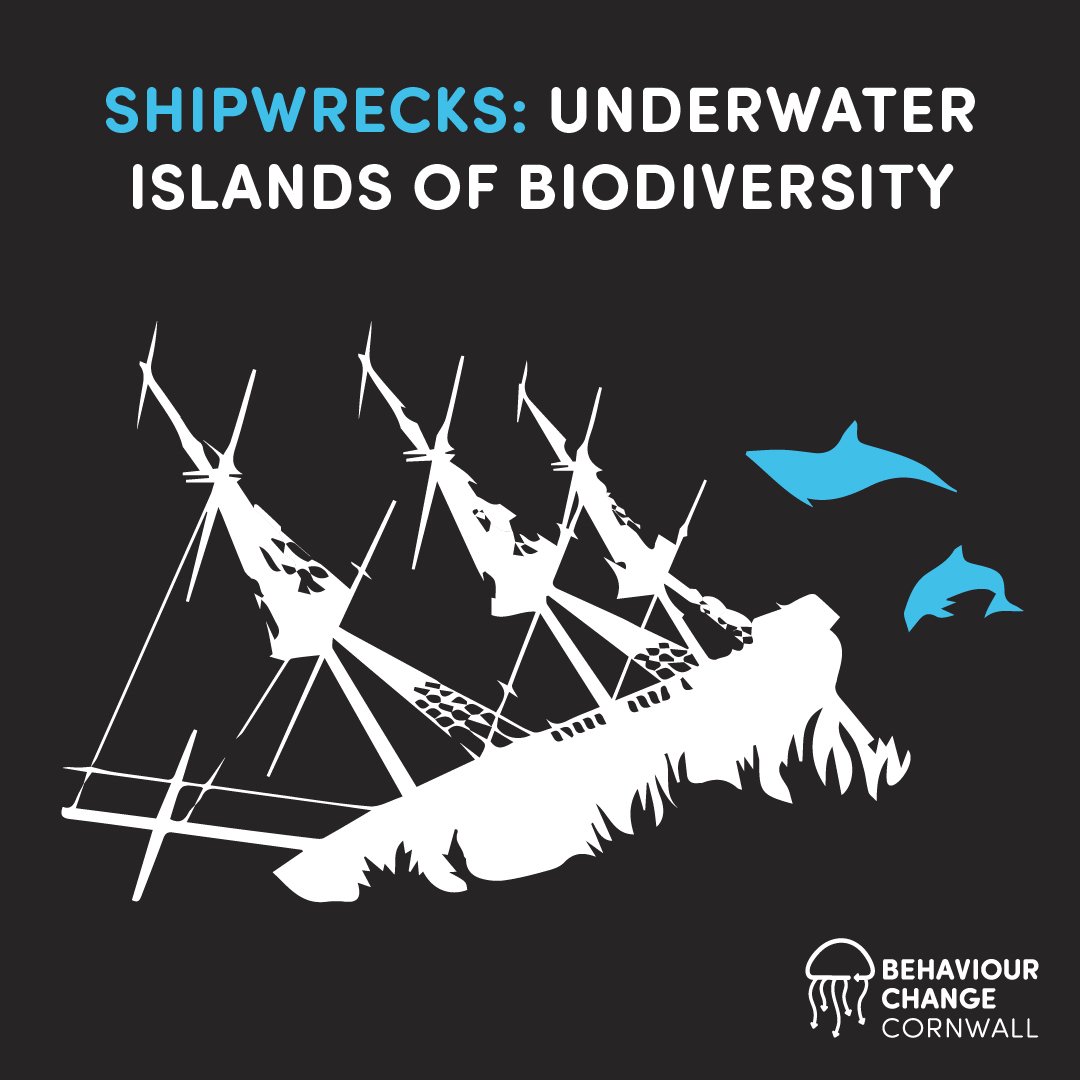 Geographic Features in a Featureless Ocean

Whilst the sinking of a modern ship is often associated with damaging pollution and oil spills – once sunk shipwrecks have a silver-lining, offering a rare abundance of shelter and structure in an ocean devoid of anchorage for algae or marine life. Like natural features – such as sea-vents, sea-mounts, floating trees and fallen whale carcasses – shipwrecks form part of the biogeography of the sea floor. This means some wrecks become cities bustling with life in what can be a desolate sub-littoral plain of sediment. 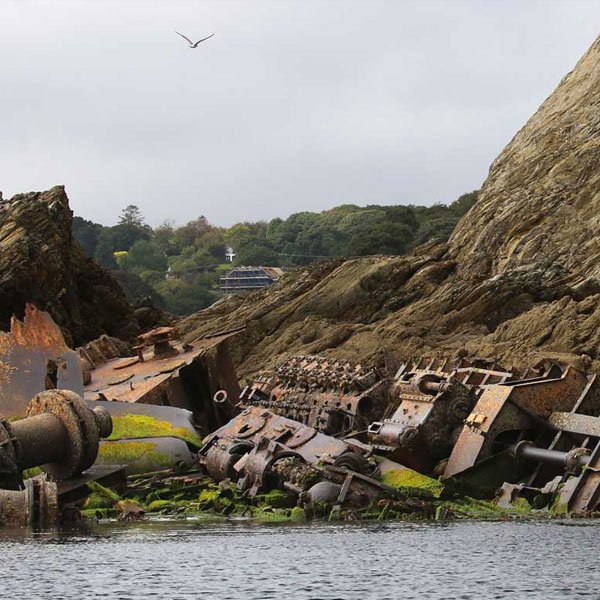 Cornwall, a spear of rough-hewn granite thrusting out into the Atlantic, is unsurprisingly abundant in wrecks which contribute to the rich marine world around Cornwall’s coast. From the RMS Mulheim and Ben Asdale wrecked on the coast, to Shipwrecks sunk purposely like the Scylla off Rame Head all Cornwalls Wreck function as islands of biodiversity. These ‘islands of shelter’ create a patchwork of habitats with a influence radiating out for miles into the ocean – recent scientific studies have shown how the area of sea for miles around a relatively small wreck exert a large sphere of influence on the number and variety of seabed microbes, shark biodiversity and quantity of fish observed.  This means Shipwrecks become artificial reefs and islands of biological diversity – forming a links to other natural island-like systems on the seabed.

Islands of Shelter under the Waves

So if the same rules of ecology observed on islands above the waves, holds below – the Island Theory of Biogeography predicts that in island-like systems like shipwrecks (i.e. locations disconnected from similar environments) species diversity are determined by the size of the ‘island’ and its isolation from a ‘main habitat’ or other ‘island habitat’. These features of isolation and size dictate species immigration and extinction rates – governing what species exist on each wreck. If you’re thinking a shipwreck cant be anything like an Island – Island Theory have been found in weirder habitats: from lakes, garden ponds, to abandoned industrial areas scattered throughout otherwise urban environments

Even once shipwrecks have rotted or rusted away - they are often transformed into artificial reefs through colonisation by microorganisms and corals, who establish and preserve the habitability of the wrecks structure, functioning as a living ghostly shadow of the wreck.

The interest in how historic shipwrecks have shapes the life living in the sea is not a mere academic one – as if we can understand how the arrival of human material to the seafloor shapes biology we better understand how to save our seas – learning how to in a sense build ‘reefs’ from scrapped ships, concrete blocks and other once mundane items – to grow undersea gardens of biodiversity to regenerate oceans ravaged and ploughed into desolate deserts by years of human exploitation and pollution. However, the dream of replacing coral reefs boiled by Climate Change and sea beds churned into marine deserts by trawlers, may just be that if we don’t learn from past attempts.

Lessons from the HMS Scylla

Back in 1999, a ambitious and optimistic group of divers, teamed up with the National Marine Aquarium to purchase a old naval ship the HMS Scylla with the idea of creating a artificial reef off Cornwall here in Whitsand and Looe bay, creating ‘a new habitat for marine life on a flat and featureless seabed alongside the wreck of the Liberty ship James Eagan Layne‘.

Scylla returned for the last time to the Royal Navy’s Devonport dockyard in 2003 to be made environmentally sound according to the idea’s of the time – with many hazardous or harmful materials were removed for the benefit of marine life. Finally in 2004 the wreck was sunk in a massive explosion, and the excited anticipation of the marine ecologists rose to a crescendo wondering whether the blueprint for regenerating damaged underwater areas had been made.

Initially the divers of the National Marine Aquarium brought back encouraging news a in the first few years the wreck was colonised with anemones, hydroids, sea fans and dead men’s fingers (no not the rum) in addition to shoals of fish visiting the site. However, over time the divers found a distinct pattern emerging in the species that colonised the wreck and where on the wreck they were colonising. It was found that many species characteristic of natural reefs had not settled onto the Scylla – including branching axinellid sponges, some cushion sponges and the yellow cluster anemone Parazoanthus axinellae. This offered a stark warning for the utopian dreamers and potential environmental engineers of the future: the artificial reef developed a community that was distinctly different to nearby natural reefs – meaning that artificial structures should not be considered as a replacement for damaged or destroyed natural habitats.

Wet Revolution: Lakes are the Key to Green Electricity