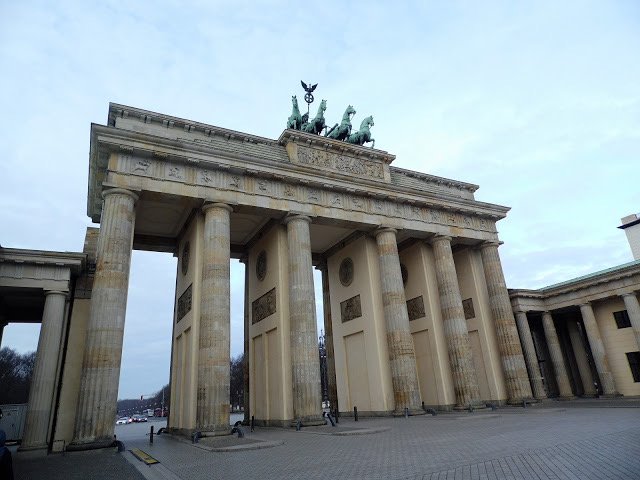 Fritz Haber was a German chemist, who made food from air. He invented the Haber-Bosch process that takes nitrogen from the air and turns it into fertiliser, feeding billions – half the protein in our body is a result of this process. He won a Nobel prize and was Albert Einsteins friend and for a time was one of Germany’s heros. However he was also one of the fathers of gas warfare, responsible for countless horrific deaths (including his wife) and is considered a war criminal today.

The story starts with a problem. Though nitrogen gas makes up just under 80% of the atmosphere, yet this element in its pure form is difficult to get into our cells. This is a problem because we need nitrogen to make DNA and protein. There is several atoms of nitrogen within every single of our over 3 billion DNA bases, in each of our billions of cells. Most life can’t use nitrogen in its gaseous form and instead has to use the much less abundant nitrogen compounds such as Ammonia. Ammonia is the key ingredient in fertiliser, providing plants a form of nitrogen they can exploit. Plants and other organisms can’t break down gaseous Nitrogen because it has a triple bond between its two nitrogen atoms, the strongest bond in nature. This super bond has meant that nitrogen gas is relatively inert, and unlike oxygen and other reactive gases, it has remained prevalent in our atmosphere. Only lightning and some bacteria could break the triple bond, until 1909 when a chemist called Fritz invented the Haber Process. This process makes ammonia from nitrogen gas and hydrogen using lots of energy.

In nature lightning can ‘fix’ nitrogen into a usable form, creating nitrogen oxide compounds in the air. However the most of the nitrogen available for life comes from Bacteria, who are able to break the triple bonded nitrogen gas into the single-bonded ammonia. Only some bacteria can fix nitrogen, these are the ones who can make the enzyme nitrogenase. These enzymes are biological structures that can break apart the nitrogen triple bond, using water (H20) to provide hydrogen atoms, which attach onto the individual nitrogen atoms forming 3 bonds (hence NH3). These bacteria are found in the soil and in the root nodules of plants called legumes. Other animals eat these plants to gain the nitrogen they need, and other animals eat those animals or their dung to get what they need. (If you don’t have access to nitrogen-fixing bacteria you have to be more inventive: Venus fly traps and pitcher plants capture insects for the nitrogen they contain, because they live on nitrogen poor environments). Farmers learnt that to grow crops you needed to increase the nitrogen in the soil, by rotating normal crops with nitrogen-fixing legumes (e.g. peas) and by spreading nitrogen rich manure and compost. However, by the 1800s Western European farmers had exhausted the nitrogen in the system by over farming and had to import nitrogen from abroad.

The main source early on was Guano, which is caked sea-bird poo found in 50m deep piles on remote islands, which was imported as fertiliser to Europe. It became so valuable that many countries raced to claim these islands and in South America wars were even fought over the bird poo. However the poo supply was limited. This meant it was crucial to find a way to make fertiliser, over-wise we faced starvation once the poo ran out.

Luckily a scientist called Haber came up with a solution, to make nitrogen out of thin air. Haber was born Jewish in Germany and went through several careers before becoming a experimental researcher. During this time he converted to Christianity to have a better chance at gaining a academic or military position in a increasingly anti-semite Germany. Originally setting out to find out why it was impossible to fix nitrogen in big enough quantities, Haber was only goaded into finding a solution by a rival scientist Walther Nernst (who discovered the third law of thermodynamics). Nernst and Haber had a feud over exactly how impossible the process was, and Haber decided he would do all he could to do it to embarrass Nerst, by proving him wrong. He found that high pressures and the use of an osmium catalyst allowed the production of Ammonia from nitrogen – and when he discovered it he threw such a fierce party the rest of his team could hardly walk in a straight line home. Another, Carl Bosch, used technology first developed at the Guiness Brewery, super pressure resistant chamber made by a artillery manufacturer and a cheaper catalyst to mass produce ammonia. Together Haber and Bosch, as the world at the time heralded, they had turned the air into food. Today 1 percent of our worlds energy is taken up in the Haber-Bosch process, cranking out 175 million tonnes of ammonia a year. Half of the nitrogen atoms in our bodies would be floating around in the air if not for this process and half of the 7 billion people alive today would not exist.

Haber grew rich, earning several cents per kilo produced and became a high up academic in Berlin, dining with royalty and celebrity – even becoming friends with Albert Einstein, despite their wildly different political views (Haber nationalist, militarist and converted-Christian and Einstein  who was Jewish, internationalist and liberal). It was Haber who helped Einstein through his divorce, mainly because Haber’s own marriage was on the rocks. Haber’s wife, Clara, disliked her husband increasing militarism and German nationalism. During the first world war Haber developed various wartime technologies, the worst and by far most devastating was  his contribution to Gas warfare. Gas warfare existed at the time, but consisted of gases less harmful than modern tear gas. After muscling aside his old rival Nernst, Haber worked furiously on creating chlorine gas despite his wife’s disapproval, almost dying during a test and loosing several colleagues in accidents during the process. By 1915 the German military had successfully used the gas at the battle of Ypres. Chlorine gas first causes a reflex which causes you to hold your breath, and then eventually when you gasp for air the chlorine reacts with the water in the cells of your throat, mouth and lungs to create Hydrochloric acid (HCL) and Hypochlorus acid (HCLO). These acids scour the lining of the lungs and together with the water fill the lungs and drown the victim on land. The attack on Ypres failed despite the gases horrific success, the Germans failed to prepare men to take the positions abandoned by the fleeing allies. Thousands died for nothing.

After the first few successful attacks Haber headed off to the Eastern Front to deploy gas there. On the way he stopped at home in Berlin, where his wife demanded he stop working on gas warfare. Instead Haber threw a party much to his wife’s upset. After holding it together during the party, Clara in the later evening took Haber’s pistol and killed herself, whilst being watched by their 13 year old son Hermann (who had time to say goodbye to his mother while she died, and who would take his own life later on). He wept for his wife, but still carried onto the Russian front before her funeral. Haber still believed his gases would end the war quicker and save lives and went on to create the even nastier Mustard gas and Phosgene Gas, in retaliation to the British and French use of Chlorine. In the end Germany lost WW1, ironically in part due to a lack of fertilizer and food as the military had commandeered much of the ammonia fertiliser to create the gases. Gas warfare had failed to break the stalemate in the West. Haber after the war was called a war criminal; however he argued that if he was a criminal so were the people who made the bombs and bullets. From 1920 until 1926 he experimented on the recovery of gold from sea water in secret labs on board cruise ships, in hope to help Germany to meet her enormous war reparations. Though it seems mad, so did pulling fertiliser from the air. He also continued his work on gas warfare in Spain and the Soviet Union, under the guise of dismantling gas weapons, keeping the newspaper clippings of his first attack of Ypres framed in his study.

In the past and even today many don’t know what to make of Haber’s legacy. On one side his ammonia recipe saved millions from starving in his lifetime and nourishes billions today, making him a scientific genius up there with those who develop vaccines. On the other hand he invented some of the most hideous weapons ever devised and unleashed them on his fellow man with pride. In 1919 he was awarded the Nobel Prize for Chemistry, but due to public protest was not allowed receive the medal at a ceremony. He had to wait six months and was not received by the Swedish King. After the war Haber worked to try and reduce Germany’s war debt by extracting gold from seawater – which sounds insane, but so did pulling fertiliser from the air. Haber in 1933 did redeem himself partly by standing up to Hitler and the Nazis (who he thought were ‘scum’) when they demanded he fire all his Jewish scientists. Haber, despite his Jewish heritage, was still widely admired at the time in Germany as a war hero – unlike the pacifist Einstein – and his resignation embarrassed Hitler significantly. Despite standing up to Hitler, when he attempted to find work abroad the stench of gas warfare followed him. Eventually he landed a unpaid post at Cambridge here in the UK, where he was still widely reviled. His heart gave out in 1934, whilst attempting to relocate to Palestine. His last sentimental wish was to be buried next to Clara.

If you want to know more read: Caesar’s Last Breath

Free Delivery on orders over £30! Dismiss